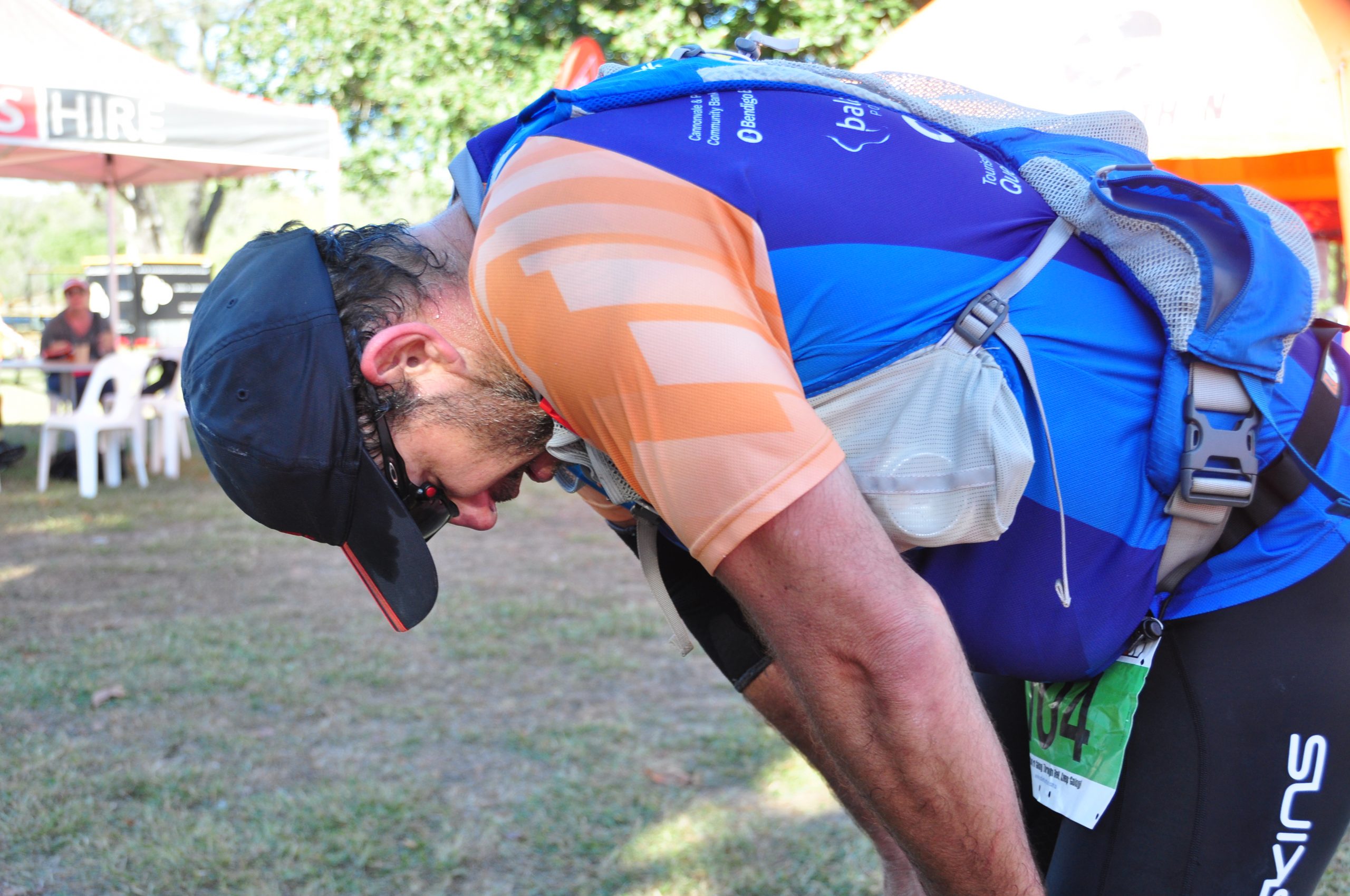 Ross here to talk about something that sounds too good to be true, almost unrealistic, doesn’t it? It’s a bit like ‘and we will throw in a second wiz bang unit for free’. The difference here is that you don’t have to buy the first unit to unwrap that performance increase.

It may sound strange, but when you talk to yourself during exercise or racing, do you communicate with yourself as an ‘outsider’ by referring to yourself as ‘you’, or do you use the term ‘I’ in those conversations? Think about that while you reap the benefits of the next sections.

A recent study (Blanchfield et al. 2014) based around the psychobiological model of endurance performance proposed that how we perceive effort determines our ultimate endurance performance. We tend to think of exhaustion (build up of muscle fatigue) as the indicator of our upper level of aerobic endurance (Joyner & Coyle 2008), whereas the psychobiological model suggests cessation of effort is not due to muscle fatigue but is a conscious mental decision (Marcora et al. 2009). If this idea holds true then we should be able to improve our endurance performance just by entering a different mindset, one that overrides the normal mental parameters during exercise.

Let’s pitch the scenario presented by Blanchard et al. (2014) here. Two groups of amateur cyclists rode until exhaustion at a constant effort under controlled conditions to set baseline times for each cyclist. Subsequently, one group underwent two weeks of positive self-talk intervention and the second ‘control’ group continued as normal. The subsequent ride to exhaustion test, two weeks after the initial test, was conducted under the same controlled conditions and effort levels as the initial test. Perceptions of effort were considerably lower in the self-talk group throughout the early stages of the test compared to their baseline tests and to the control group. That margin of difference remained to exhaustion although there was only a small difference at exhaustion. In response to the lower perceived effort all cyclists but two of the self-talk group whereas there was no discernible change in time to exhaustion among the control group.

There you have it in a nutshell, you can override what your brain wants you to do when you feel exhausted thereby extending your endurance and no additional physical training is required. But what about the 18%? As the advertising man says, ‘but wait, there’s more’. Back to the question of your ‘you’, second person, or ‘I’, first person, conversation. In a follow-up study (Hardy et al. 2019) the nature of your conversations had a clear effect on performance. Those that used self-talk and referred to themselves in the first person or ‘I’ did not perform as well as those that used ‘you’ to communicate with themselves. Again, cyclists were the guinea pigs and both speed (2.2% increase) and power outputs were higher for the ‘you’ group although there was no obvious difference in perceived effort between the groups.

Positive self-talk is easy to learn but does require you to be mentally aware, strong and persistent during your exercise. First you need to identify your specific negative statements, thoughts that may occur regularly or those that pop into your mind during exercise (see I said mental awareness is needed). Once identified you need the mental strength to convert those negative statements into positive ones (Barwood et al. 2008). To illustrate, a negative thought might be ‘it is too hot, I’ll have to slow down’. Conversion into positive self-talk might end up with something like ‘this is a challenge but you have the mental capacity to get through’, and follow that thought up by taking control over the situation by mentally re-adjusting your body into the best position for the exercise (a runner may think through head position, stride length, breathing as examples). Remember, you need to be persistent in your identification of negative thoughts and conversion of those into positive ideas, for greatest benefit this process should be ongoing from the start of your exercise, and you need to become ‘you’, not ‘I’ in your internal conversations.

18%!!! …. well I guess I better let this bit out of the bag as well. That number was extracted from triathlete.com in a 2021 article by Scott Douglas and Noel Brick. Despite this information coming from the often unreliable infoweb I have no reason to doubt their claim that the overall improvements across the studies they, and I, have drawn this information from amount to around an 18% improvement. They probably did the maths, I did not. That’s all, now get out there and know that YOU can do it.