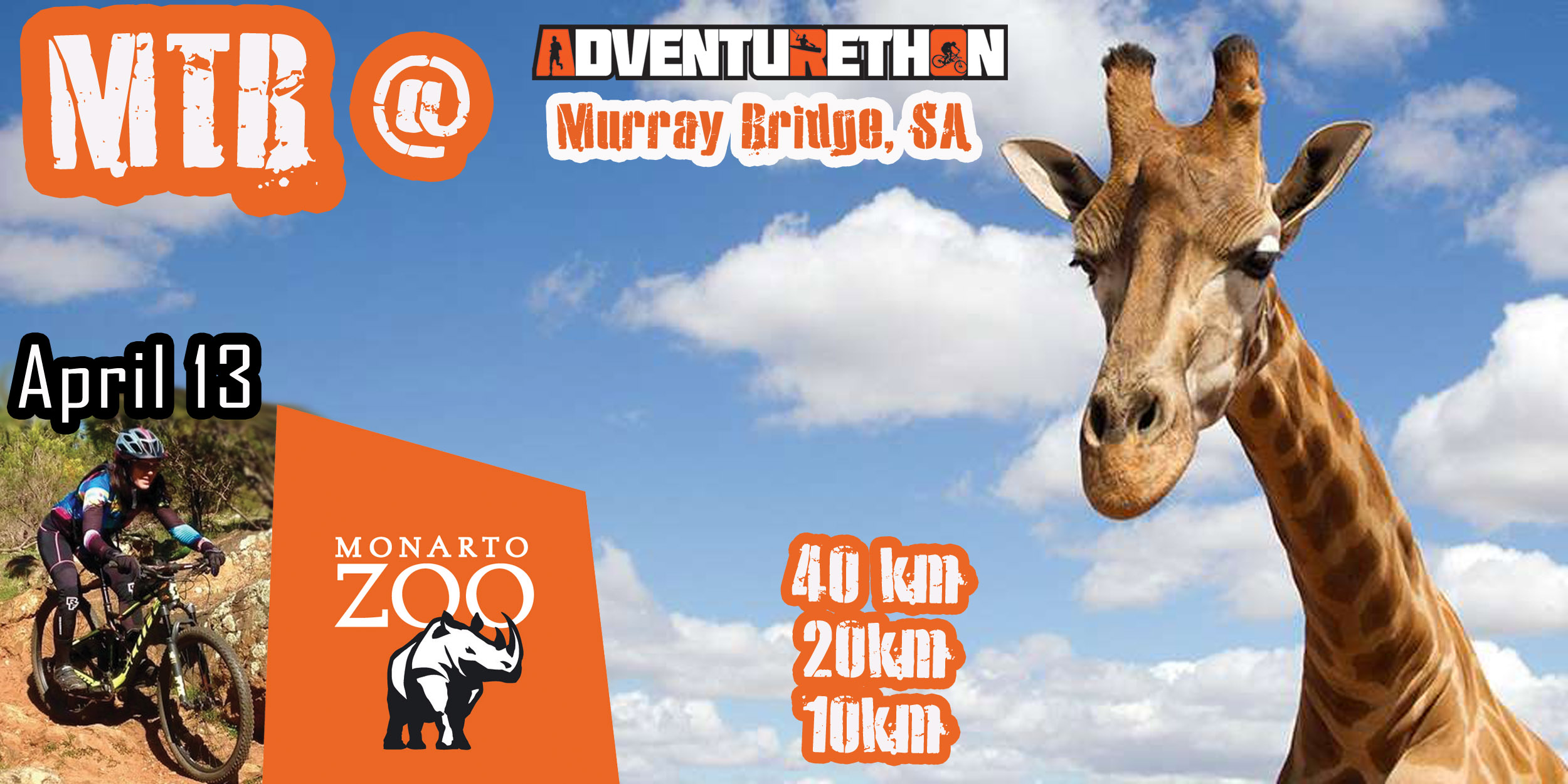 Adventurethon is SUPER Excited to announce some further information about the Murray Bridge Event in South Australia. April 13th and 14th 2019.

Using the Zoo’s tracks and dirt vehicle access roads be some of the first people to share a Mountain Bike ride with various wild animals in the largest open range Zoo in Australia (& one of the largest in the World outside of Africa).

Take on the 3 stage race across 3 amazing locations OR just pick the stages you want to do.Each stage is a standalone race where you can just do your favourite option. You can also pick, long course, Med course or Short course and there are Junior options available.

Stage 1– is a Mountain Bike at the Monarto Zoo, one of the largest open plain zoos in the world. Start the day watching the sun rise in the Zoo with the company of some rare and exotic animals from around the world.

Stage 3- Is the Murray River Trail Running Festival thanks to our friends at MMI events this is a fundraiser for Juvenile Diabetes and has been running for over 8 years taking in some awesome trails in the Murray Bridge area.

If you have been looking to put in some good personal performances maybe we can motivate you by getting you to ride in the enclosure with the lions… JUST JOKES, we aren’t riding through the lion enclosures but you will be riding in close proximity to some other more friendly animals and if you are lucky you may just see something a litle different…

Some of the Animals at Monarto Zoo https://www.monartozoo.com.au/animals/  Monarto Zoo is one of the largest open-range zoos in the world spanning more than 1,500 hectares and home to more than 500 animals and 50 species of exotic and native mammals, birds and reptiles 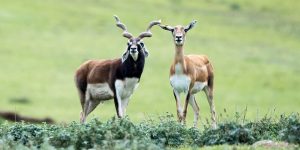 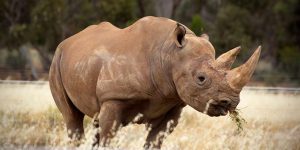 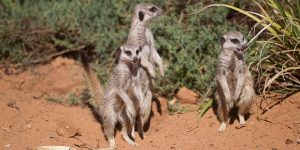 Monarto Zoo is also home to an insurance population of Southern White Rhino which are facing extinction in their native South Africa and form part of a breeding program at Monarto Zoo.  Many other threatened and endangered species also call Monarto Zoo home.  $10 from every adult MTB Entry and $5 from every Children’s entry will be returned to Monarto Zoo to assist in continuing their crucial wildlife conservation programs.

Once the ride is done, you are encouraged to take in more of the scenery with your friends and family by choosing an optional add on experience like the Lions 360 experience which may just give you that adrenaline rush we alluded to earlier. 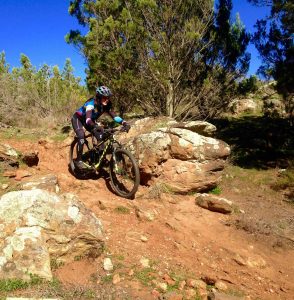 There are also other optional Experiences on offer after the ride which fundraise for the Zoo.  Participants wishing to explore the Zoo further at the conclusion of  the ride will need to purchase an admission ticket to the Zoo, this will enable you to utilise the facilities including the fully guided Zu-loop shuttles, walking tracks and Keeper Talks.  Tickets can be pre-purchased before the event.

This ride is all about the wildlife and the famous landmark that is the Monarto Zoo in the Murray Bridge greater region. The landscape and vegetation is modelled on the African Savannah in sections and will be a good mix between knowing you are in the Zoo in Australia but then also feeling like you are being transported to Africa in sections.

Monarto Zoo is home to many of Africa’s most impressive animals and also one of Australia’s largest lion prides and giraffe herds.

The zoo is located 60 minutes (70 kilometres) from South Australia’s capital city Adelaide and is the gateway to the picturesque Murraylands region.

Monarto Zoo opened in 1983 as a breeding and pasture area. Since officially opening to the public in October 1993, Monarto Zoo is now home to more than 500 animals roaming in vistas as far as the eye can see. It’s an escape from the city that immerses visitors in a natural safari-style setting.

Over the years Monarto has celebrated outstanding breeding success and our captivating, quirky and unique animals have captured the hearts of our visitors.

Monarto Zoo is owned and operated by the Royal Zoological Society of South Australia a not-for-profit conservation charity, Zoos SA.

the First 50 Regos can save 15% with the Coupon Code: “underthebridge”

Registrations close 9:00 pm Thursday 5th April or when sold out. 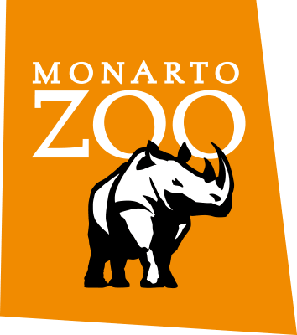 See the walking tracks, of which some will featuer in the ride.. (Not the lions enclosure) LOL

Full Course map and descriptions will be uploaded shortly 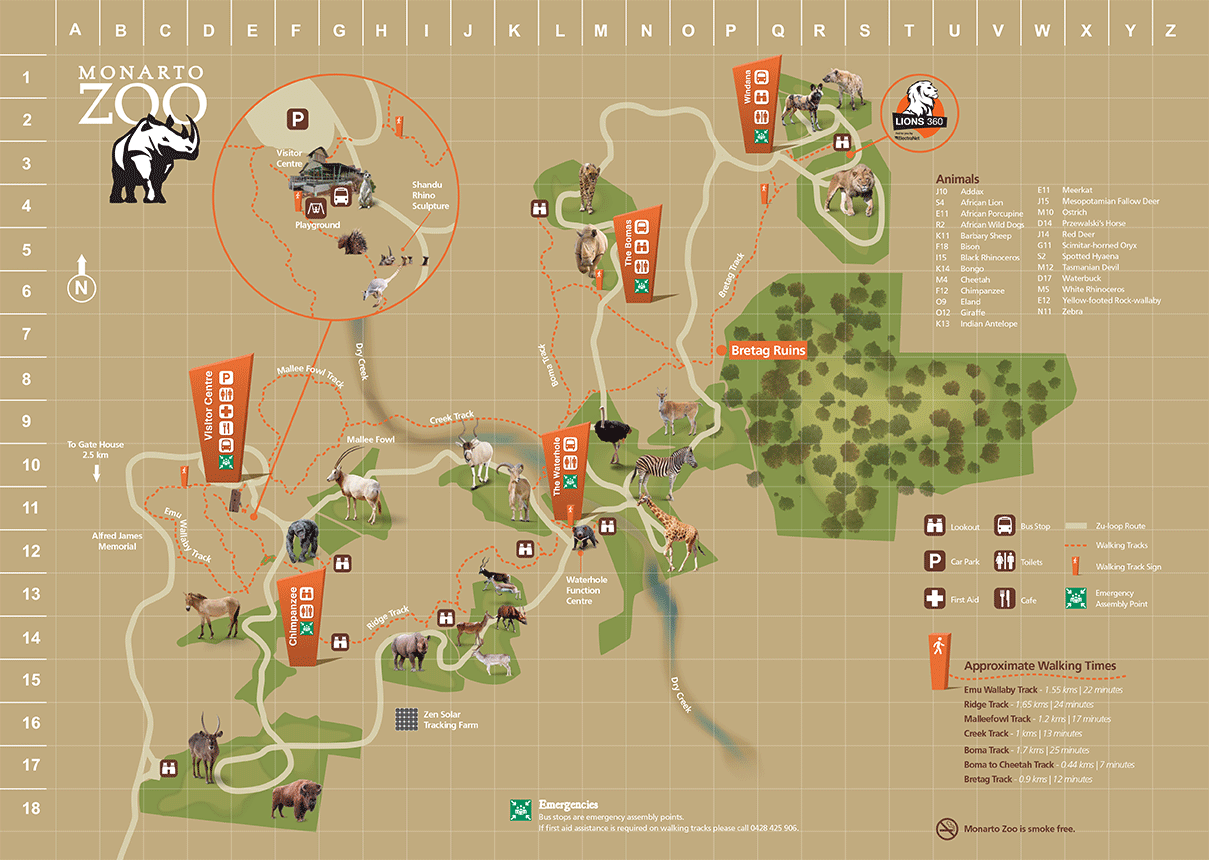 Adventurethon Demolish is about to explode on East Gippsland!